China vs. Democracy: The Day After the Election

In the US, Election Day looms large. And just behind it waits Xi Jinping, whose international expansionism and economic espionage have been sullied in recent years by the Trump administration’s aggressive approach to Chinese sanctions. Historically, Democrats have played softball on China, but with millions of Uighurs in “reeducation camps” and Hong Kong citizens now essentially gagged and fleeing restrictive new Chinese rules, would that bear out under a new Democratic presidency? If Trump wins reelection, will his stance on China change?

Join SNS for FiReSide, an evening of advance insight about “the day after” the US election and what to expect in the way of China strategy from each candidate. 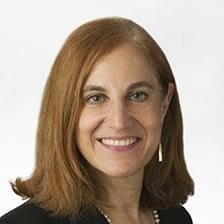 To allow Bonnie to speak freely about her knowledge and expertise, this conversation will be off the record.

Bonnie S. Glaser is a senior adviser for Asia and the director of the China Power Project at the Center for Strategic & International Studies (CSIS), where she works on issues related to Asia-Pacific security with a focus on Chinese foreign and security policy. She is also a nonresident fellow with the Lowy Institute in Sydney, Australia, and a senior associate with the Pacific Forum. Prior to joining CSIS, Bonnie served as a consultant for various US government offices, including the Departments of Defense and State. She has published widely in academic and policy journals and leading newspapers such as the New York Times and the International Herald Tribune. She is a board member of the US Committee of the Council for Security Cooperation in the Asia Pacific and a member of the Council on Foreign Relations and the International Institute for Strategic Studies. 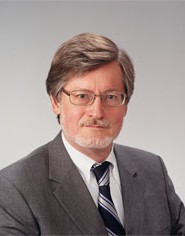 Scott Foster is an American research analyst and writer who has lived in Tokyo for 30+ years and worked for American and European investment banks in Japan and Korea for more than 25 years. He is currently an analyst at LightStream Research, an independent equity research company in Tokyo. He is the author of Stealth Japan: The Surprise Success of the World’s First InfoMerc Economy (FiReBooks, 2016).

Scott holds a BA from Stanford University (1976) and an MA from the Johns Hopkins University School of Advanced International Studies (1982).

It’s hard to replace in-person connections, but we come pretty close. As part of this evening, you’ll have a chance to ask both of our centerpiece speakers your own questions. We’ll also hold two smaller virtual networking sessions for all speakers and attendees so you can connect with everyone in your room.