Join Strategic News Service, European Green Party Co-Chair Reinhard Bütikofer, and Environmental Action Germany CEO Sascha Müller-Kraenner for a conversation on the shifting political power in Germany and how the rise of the Green Party will impact relations with China and Russia.

Each of our FiReSide monthly virtual intelligence sessions features two interactive centerpiece interviews. FiReSide events are designed to give you the opportunity to connect with everyone in the room. In addition to providing plenty of Q&A time for each interview, these centerpiece conversations close with two rounds of small-group discussions with speakers and attendees focused on the topics at hand, and extra full-group social time for those who wish to linger. 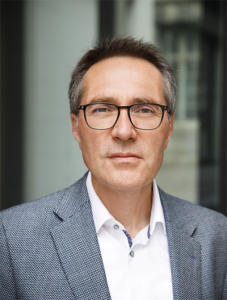 Since January 2015, Sascha Müller-Kraenner has served as executive director/CEO of Environmental Action Germany (Deutsche Umwelthilfe e.V., DUH). DUH is a leading environment and consumer advocacy organization that works mostly at the German state and national, as well as on the European, level. He is also a founding partner and board member of the Ecologic Institute, a nonprofit applied environmental-policy research institute with offices in Berlin, Brussels, and Washington, DC. 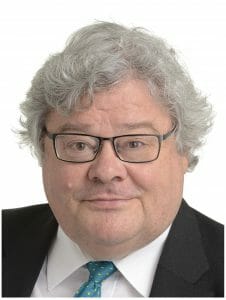 From 2012 to 2019, he was co-chair of the European Green Party. Before getting elected to the European Parliament in 2009, Mr. Bütikofer was the co-chair of the German Green Party BÜNDNIS 90/DIE GRÜNEN from 2002 until 2008. He was the party’s secretary general from 1998 until 2002. Prior to that, he served as chair of the Greens in the Federal State of Baden-Württemberg. From 1988 until 1996, he served as a member of the Baden-Württemberg State Parliament. His engagement with the German Greens began when he was elected as a member of the city council in Heidelberg in 1984.

Besides his positions in the party and Parliament, Mr. Bütikofer is a member of the Europe / Transatlantic Advisory Board and the General Assembly of the Heinrich Böll Foundation, the NABU Club, the German-Israeli Society, and the German-Chinese Dialogue Forum, as well as the DGAP and the IISS.