Join Strategic News Service, inventor of the microprocessor Federico Faggin, and Advantage Engineering president & principal analyst Scott Gardner for a pair of interviews about what to expect from the global chip shortage and how to weather the next few years in semiconductors.

It’s hard to replace in-person events, but we’re doing our best. Each of our FiReSide monthly virtual intelligence sessions features two centerpiece interviews focused around a central topic. In addition to Q&A sessions following each interview, you’ll have the chance to talk further with speakers and fellow attendees in two rounds of small-group discussion. If you feel like lingering, stick around for an optional 1/2-hour full-group discussion. 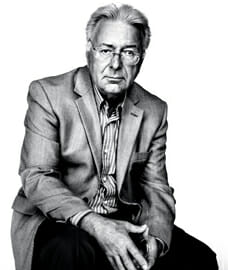 Born in Vicenza, Italy, Federico Faggin received a Laurea degree in Physics, summa cum laude, from the University of Padua in 1965, before moving to Silicon Valley in 1968. At 19, he co-designed and built an experimental transistorized electronic computer at Olivetti, Italy (1961). While working for Fairchild Semiconductors, he developed the MOS Silicon Gate Technology (SGT) and designed the Fairchild 3708, the world’s first commercial IC (integrated circuit) with SGT (1968). The SGT gradually displaced the incumbent bipolar technology to be employed for nearly all ICs worldwide. It is still in use today. Faggin joined Intel in 1970, where he designed the world’s first microprocessor. In 1974, Faggin started his first company, Zilog Inc.

Faggin founded and directed Cygnet Technologies Inc. in 1982, which in 1984 introduced a pioneering personal communication product for voice, data, and electronic mail. He then founded and directed Synaptics Inc., which developed experimental analog chips for emulating artificial neural network. and then pioneered the Touchpad (1994) and the Touchscreen (1999), solutions, which have revolutionized how we interface with mobile devices. In 1999-2009, Faggin was chair of Synaptics and from 2003-2008 was CEO of Foveon Inc. He is currently president of the Federico and Elvia Faggin Foundation, a nonprofit dedicated to the scientific study of consciousness, an interest that has become a passionate full-time activity.

Distinguished among Faggin’s many honors are the Marconi Prize (1988), the Kyoto Prize for Advanced Technology (1997), the Lifetime Achievement Award from the European Patent Organization (2006), and the National Medal of Technology and Innovation (2009), from President Barack Obama. In 1996, Faggin was inducted into the National Inventors’ Hall of Fame. He holds PhDs in Electronic Engineering (Polytechnic University of Armenia, 2012; University of Pisa, 2019), and Science (Chapman University, 2013). In 2019, Faggin published his bestselling autobiography, SILICIO. In 2021, SILICON will be available to English-speaking audiences. 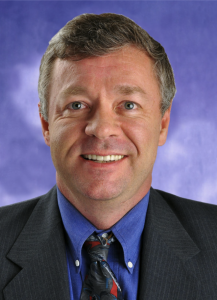 Scott Gardner is a consultant and technology analyst, specializing in AI hardware acceleration. His most recent accomplishment involved the launch of the world’s first x86 processor with an integrated AI coprocessor. As CEO of Nanowatt Design, Scott redirected engineering and marketing to monetize the company’s deep-learning algorithms. Prior to Nanowatt, he had key management / executive management roles with AMD, Intrinsity (acquired by Apple), and Integrated Device Technology. Scott earned an electrical engineering degree from the University of Kansas and an MBA from Santa Clara University.