QAnon & The Fight for Global Truth

In a late-September poll, 32% of American respondents said they believe that the QAnon worldview, which includes a cornucopia of conspiracy theories, is at least partially true. Facebook has announced it will no longer accept new political ads, to avoid the incitement of violence and uprising around the November election. Defense One, a national-security publication, recently raised the alarm about QAnon as a national-security threat: “If Trump starts tweeting things like ‘RIGGED! They’re trying to take your country. Don’t let them! THIS IS IT! Second Amendment!’ –  let alone if he uses QAnon lingo like ‘the Storm is upon us’ –  there’s a risk that some violence-embracing QAnon followers decide to act.” 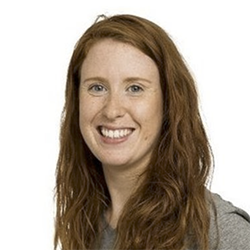 Aoife Gallagher is an analyst on the Digital Research Unit with the London-based Institute for Strategic Dialogue, working on monitoring and highlighting the nefarious uses of online platforms by extremist groups and tracking disinformation campaigns as they grow and spread online. Aoife recently co-authored a report highlighting the growth of QAnon online since the movement’s inception in October 2017.

Aoife is also an investigative journalist with Storyful, based in Dublin, using investigative, OSINT, and data analysis skills to monitor and discover the ways in which misinformation, disinformation, and extremism spread across social media and the entire web. She holds a master’s in Journalism from the Dublin Institute of Technology and a BA in Environmental Biology from University College Dublin. 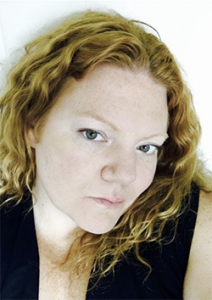 Molly K. McKew is the CEO of Fianna Strategies and lead author of the newsletter greatpower.us, which explores great power competition in an era of asymmetric warfare and hybrid influence. Her writing has appeared in Politico, Wired, the Washington Post, Lawfare, and others, and she frequently briefs military staff and political officials on Russian doctrine and hybrid warfare.

Her recent focus has been the European frontier – including the Baltic states, Georgia, Moldova, and Ukraine – where she has worked to counter Russian information campaigns and other elements of hybrid warfare. In 2017-18, she was narrative architect of New Media Frontier. She was an adviser to the Georgian National Security Council in 2009-2013, and designed a project on national identity-building for former Moldovan Prime Minister Filat.

Molly is an adjunct professor at Georgetown University, where she teaches Russian hybrid warfare, and a board member of the Stand Up Republic Foundation, where she is also a senior advisor on countering disinformation and lead author of the Defusing Disinfo blog. She holds a BA in Russian Language, History, and Culture from Stanford University and an MSc in Russian / Post-Soviet Studies from the London School of Economics. In 2013, she was awarded the Order of Honor by the president of Georgia for her service in defense of Georgian democracy. 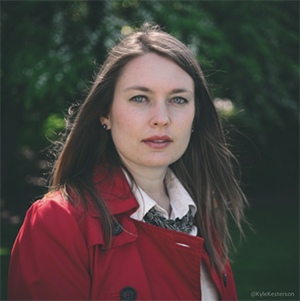 Berit Anderson is director of programs for Strategic News Service, where she leads the production of events and digital platforms. Previously, she co-founded and served as the CEO of Scout.ai, a media company exploring the future of technology through analysis, science fiction, and scenario planning games.

An international keynote speaker and advisor on innovation, technology, media, and global policy, Berit has appeared at the Brussels Forum, the European Council on Foreign Relations, the Conference on World Affairs, TEDxVilnius, DevoxxBelgium, TEQNation, and Something Digital, among others. In 2017, her work on information warfare was featured in the New Yorker, Gizmodo, and TechCrunch, and cited by internet creator Tim Berners-Lee as one of the top three challenges facing the internet.

Berit is a member of Global Shapers, the World Economic Forum’s international network of young leaders; and serves on the boards of environmental media nonprofits Yes! Magazine and InvestigateWest.